Quitting apps can help your Mac run better by freeing memory, but the opposite is true on an iOS device. On an iPhone or iPad, quitting apps usually makes the device run slower and consume more power. Here’s why quitters seldom win.

When you’re using an iOS app—say, Safari—it’s accessing the CPU and radios and thus using battery power. However, a few seconds after you return to the Home screen or lock the screen, Safari goes into a suspended state. In that state, it’s not using battery power, but it does remain in memory, which turns out to be important.

Say you next open Notes. Notes becomes the active app and starts consuming CPU and other resources. Tap a Web link in a note, and iOS activates Safari and suspends Notes. Because Safari is still in memory, it activates instantly. If Safari had been quit, launching it again would take longer and use more power.

As you continue switching between apps, all those suspended apps may need more memory than is available. To solve that problem, iOS makes smart choices about which apps to quit to free up memory. If you quit apps manually, you’re forcing iOS to waste resources later when those apps have to be launched afresh—it’s like parking your car three blocks away instead of using free and speedy valet parking.

A Reason to Quit 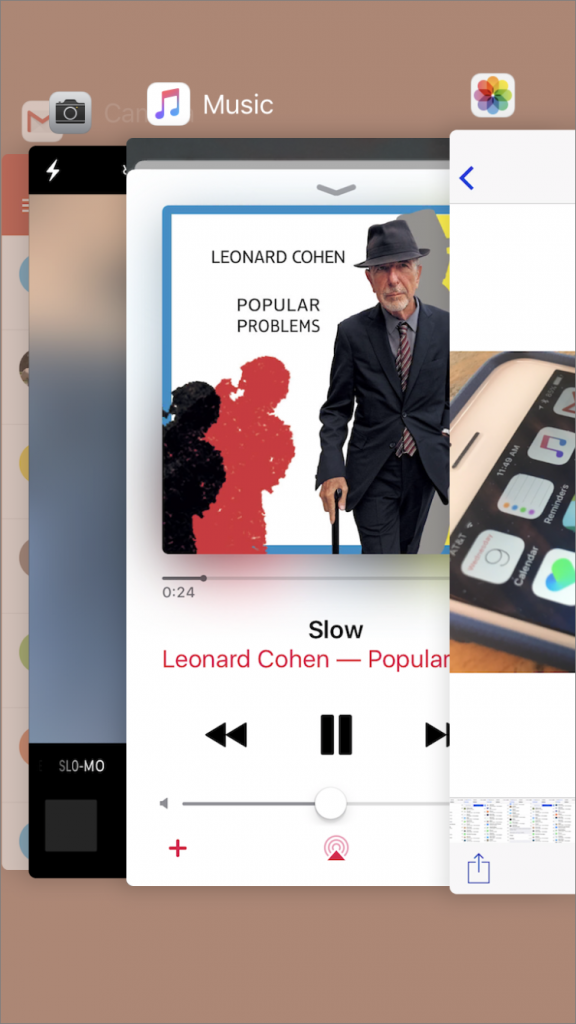 There is one situation where quitting manually makes sense: when an app is frozen or confused. If you need to quit an app, double-press the Home button to invoke the App Switcher and then swipe up on the app’s “card.” You can launch the app again from the Home screen.

Note that, although the App Switcher interface looks like the Mac’s Command-Tab app switcher, it shows previously used apps, not running apps. Swipe right to see all the apps you’ve used.

There is one more thing to know. iOS allows some apps, when you switch out of them, to keep running in the background, instead of suspending. The app may run in the background only briefly, to complete a task. 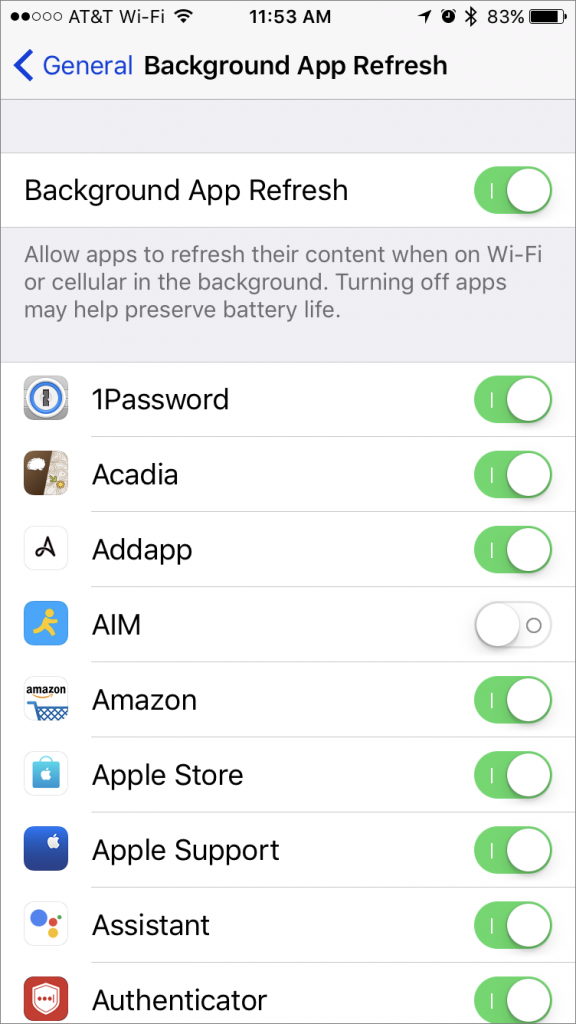 Also, some otherwise inactive apps periodically wake up in the background—apps like Mail bring in new messages, weather apps download updated forecast data, and cloud-enabled apps like Photos upload newly acquired data. This background activity is usually desirable because next time you switch to such the app, you won’t have to wait for it to refresh. iOS orchestrates background activities intelligently. For example, it might allow a news app to download fresh articles only when the device is sufficiently charged and connected to Wi-Fi.

If you need to save battery power and don’t mind waiting for an app to refresh, you can curtail some background activities in Settings > General > Background App Refresh. We recommend leaving Background App Refresh on overall so iOS can make smart choices for you, but you can disable it for specific apps. Open Settings > Battery and tap the clock icon to see which apps spend a lot of time running in the background.

Now that you understand what’s happening under the hood when you switch apps, you can see that quitting apps is usually a waste of your time and battery life. If you quit apps out of habit, it’s time to stop.

Need a hand? Your Apple Premier Partner has got you covered!

Don’t feel like you have to manage it all on your own! At Simply Mac, we are all Apple, all the time. Our passion is to bring the Apple experience right to your neighborhood. As an Apple Premier Partner, we can offer you the same products, same prices, same warranties, and same expertise. We house a professionally trained staff who can give our customers expert advice and personalized service. With 45 locations nationwide, each with their own Apple Certified Specialists, we’re only a click or call away. Schedule an appointment at your local Simply Mac today!